Back in the mid 1990s there was a bizarre and shocking moment in comic book history where a swap of two characters between the Big Two comic book companies almost took place. Marvel Comics and DC Comics had in the works a deal that would see one character from each company go on loan to the other company for a period of one year. First, our panel will dive into the details of this surprising plan that almost happened. And then, using it as jumping off point, our panel members will daydream and discuss what other crazy cross-company swaps they would love to see. 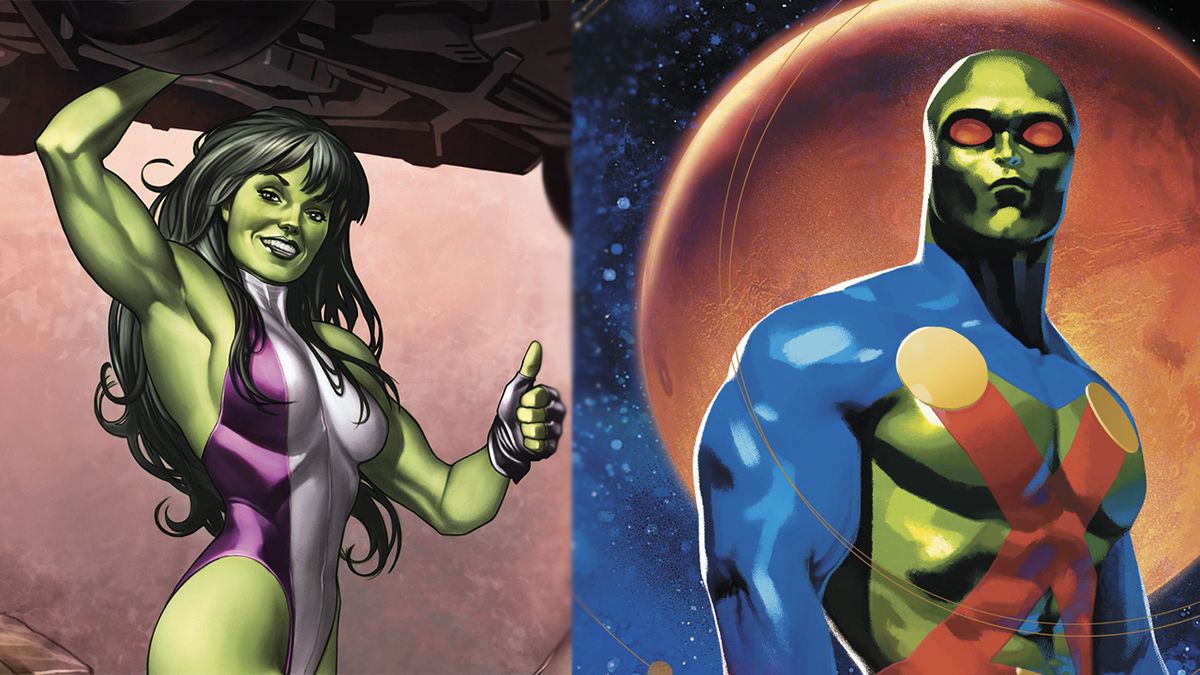 She-Hulk for Martian Manhunter? The Marvel/DC Trade that almost happened
How close was this comic book legend to really happening

“One Punch!” moment with Guy Gardner and Batman

…Later Hal was revealed to be corrupted by the Parallax entity

Just Some of The Many Creations of “The King of Comics”, Jack Kirby

Nazi Gorillas in the DC Universe